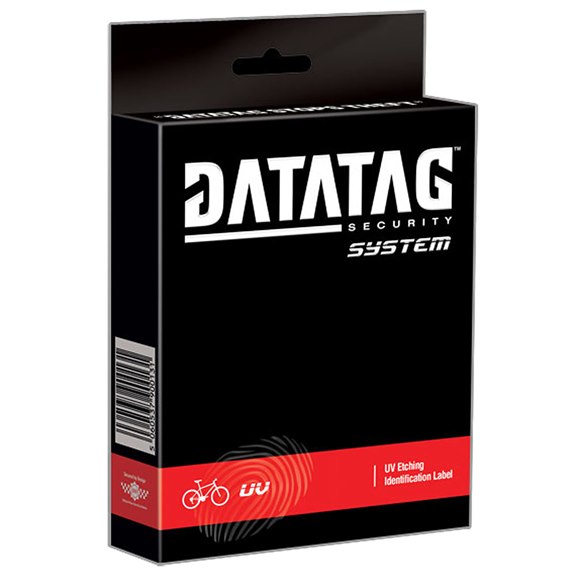 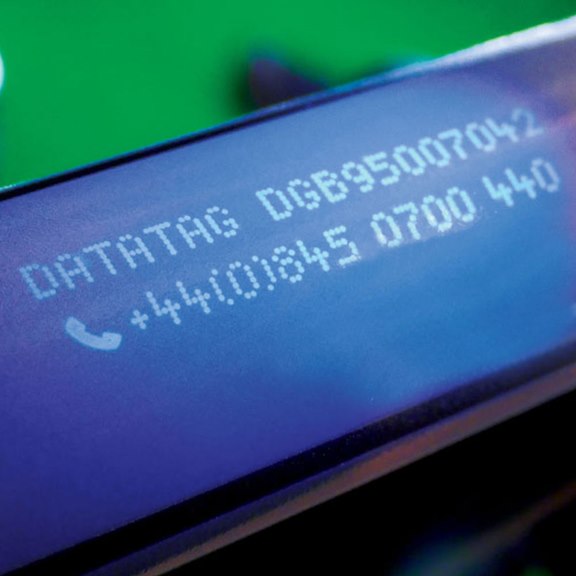 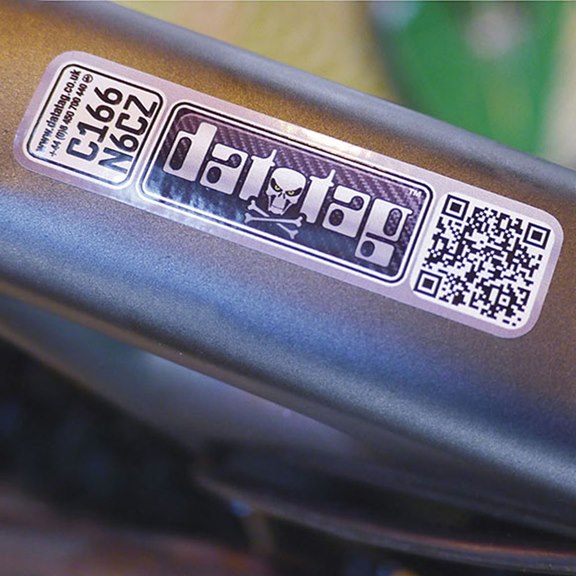 At a time when interest in bikes is at its highest for many years, so unfortunately is bike theft, with over 500,000 cycles reported stolen each year. A figure which hides the true picture as over half of all cycles stolen are from homes, a crime listed as a burglary, and also many more go unreported.

The increasing trend of breaking down modern high end bikes to sell on the components means protecting an entire bike, and not simply the frame, is vital in the fight against crime. This is where DATATAG, security experts already trusted to provide the technology behind many official industry schemes come in.

The UV Stealth system offers a multi-layered approach to cycle security. Recent theft figures for all cycles marked with the new Datatag Stealth systems indicate a theft rate of just 0.5%. This is an incredible result as according to the police the historic average is 10%, with road.cc suggesting it is actually as high as 20%. The Police recover thousands of cycles each year but due to a lack of crime reporting and a lack of owner registration many are simply sold at police auctions and never returned to their rightful owners. A Datatag system will not only help deter theft but will also help in reuniting you and your bike should your bike be stolen and recovered, as it provides undeniable proof of ownership.

The Datatag systems offers premier identifiers combined with probably the most comprehensive database of its kind in the market today. Equally importantly, Datatag works with the Police to back up the product and provides free database access on a 24/7 basis as well as technical training. Owners of Datatagged cycles can also benefit from reduced premiums from some of the major insurers.

For cycle security there is only one choice.

These specially designed Datatag tamper evident labels contain a unique cycle identification number and QR code. They warn off any potential thieves and are both attractive and impossible to remove without visibly damaging the sticker.

Free UK Delivery
Free UK delivery on all orders over £25. Next day delivery is also available at an additional cost.
100% Secure Shipping
Pay with PayPal or Debit/Credit Card

Free UK Delivery
Free UK delivery on all orders over £25. Next day delivery is also available at an additional cost.
100% Secure Shipping
Pay with PayPal or Debit/Credit Card

We're here for you
Have a question? Call 0118 946 3050
Ask a Question
View All Security and Locks Products
View All DATA TAG Products